Why is poor home ventilation terrible for our health?

Heaving in cold, clean air is energising, almost exhilarating, especially in New Zealand’s picture-perfect outdoors. A big breath of fresh air is distinctly refreshing, and we feel it deep in our bones when we breathe in clean air outside. However, we can’t necessarily tell when we’re inhaling stale, damp air instead, especially within our own homes.

Mould is a recurring problem for a lot of houses in New Zealand. According to Stats NZ, one in five houses are damp some or all of the time, with almost 17% having visible mould larger than the size of an A4 sheet of paper. While small amounts of mould may not cause major health concerns, in large quantities they start to release thousands of tiny, invisible spores that can aggravate, or lead to, serious respiratory problems such as asthma. This is especially risky for those who are sensitive to mould, and can lead to adverse health effects such as allergies, eye and skin irritation, flu-like symptoms, and more.

2. It increases our risk of asthma and other respiratory infections

Many studies have proved the link between a damp, mouldy home and the development of asthma, colds, and flus. The Institute of Medicine (IOM) found there was sufficient evidence that linked mould with asthma symptoms, and many others have suggested that genetically susceptible children were at risk of developing illness. People with weak immune systems and pre-existing asthma are also at greater risk, aggravating any existing respiratory conditions. Proper ventilation will help control condensation and, as a result, prevent mould growth.

3. Contaminants are unable to escape

Dust mites, airborne mould spores, high levels of carbon dioxide, and other pollutants or contaminants produced within a damp home can build up without proper ventilation. Open fires, unflued gas heaters, and kerosene or LPG canisters release water vapour and pollutants into a home. While these contaminants are normally invisible to the eye, our bodies still feel the adverse effects from breathing polluted air. If not allowed to escape, poor indoor air quality can lead to headaches, fatigue, hypersensitivity to allergies, sinus problems, and coughing. This is why every kitchen should have a kitchen rangehood and bathrooms should have an extraction fan, to get rid of water vapour and any pollutants.

Here at Unovent we are passionate about helping Kiwis breathe in clean, healthy air both indoors and outdoors. Our ventilation solutions have helped thousands of Kiwis nationwide create drier and healthier homes.

Contact us today at 0800 866 836 to find out which home ventilation system is best for your family! 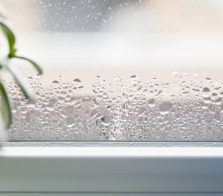 How to reduce dampness in your home 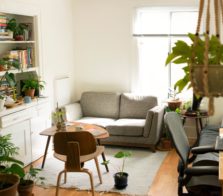 Are you breathing polluted air?